A philosophical first-person walker partly inspired by the first Pathologic.
Learn stuff and make your choices.
This was initially made for Linux Jam 2019 (but very late) so nerdiness is quite extreme.
You have been warned.
Currently there are several different endings grouped in 3 major ways (+death).

Plot is probably a bit clumsy and suggestions are welcome.

I ROFLed very hard while making it,  so hope you can enjoy it too.

(It doesn't have glow effects and colors might be offset.
For best graphics, performance and sound download a desktop version.
It is all FOSS anyway. :-) )

WASD or arrowkeys to move (both work).
E to interact (you might want  switching to english layout if not already)
Esc 2 times to quit.

Linux version should support distros newer or equal to than Debian 8 (glibc-wise), which is several years old.
No pure Wayland support (Godot limitation, hope will be fixed soon now that sir cmpwn is playing with it), X11 only

Web version should theoretically be possible but i need to wrap my head around Godot's relationships with Javascript to support mouse capture and fullscreen.

Good Windows support is not guaranteed because i don't have a Windows machine (only wine).  But feedback on Windows gameplay is appreciated.

"Sad Chill" by Bojangles (with his permisson)

Pay him a visit at https://www.newgrounds.com/audio/listen/853949

My review to this rather short game. I played the browser version since it uses an older OpenGL version that my graphics card supports rather than using the standalone version which has higher system requirements.

The browser version is heavily made for touch, and thus the experience with the mouse isn't great. Playable, but not great. Wished that it would capture the mouse and/or using keys to turn around.

As it says, it's a small philosophical game, which isn't really my cup of tea. It includes references heavy to free open source 'politics', but from what I can see doesn't really matter in the story. The "story" itself seems rather "meh", as it isn't really interesting nor is there anything special. (I got the "adoption" and path 3.1 endings).

The graphics and sounds are kept simple, which is fine. My only complain would be that the sound effect for advancing the dialogue seems to be a bit too delayed. An more minor complaint would be that when the GameOver subtext is long (such as in ChanOps ending), it can be hard to read (wait for it to turn around only to be too far away).

My biggest complaint would be that there is no easy way to "skip" a dialogue. Say you've chosen an option but you can read fast so can basically smash e and then it returns to the choose-a-topic selection and then since you're still pressing e it would do that. It is very annoying when that topic creates an large dialogue

Sorry for a delay
Thanks for playing and critical feedback!
I have thought a bit about things you pointed out.

As i understand i can just make a first screen with 2 buttons which provide a choice between touch controls and mouse captured fullscreen mode.
Such controls will also be used to legitimize mouse capture because this way i can capture mouse inside a javascript input callback.

2. Currently there is only 1 path that is actually technical and is directly about FOSS and OSHW (and you didn't take it ^_^), so i think i can make more interesting technical stuff and make more endings that utilize the lore more deeply.
I have already thought about possibilities, but for initial release kept only things that are easiest to implement.

Story itself can be also made deeper, for example i feel like many characters are too shallow and that if i develop them more or even add more characters they can make things more interesting and unpredictable.

If you have any idea on that (preferrably nerdy), i am all ears because crowdsourced stories are often the best.

3. Delayed sound effect is so far a mystery to me because i can't really hear that.

4. Skipping dialogs might be a bit non-trivial since i want to keep control scheme minimal.
Now i am thinking about HOLDING E to skip a dialog or/and about making a bit of delay before the choice appears so that you have the time to stop yourself.

5. Large dialogues are a problem in themselves. They are obviously bad and i want to eventually get rid of them. Game shouldn't be a lecture.
I have already broken them down and reduced quite a bit throughout design but i feel it is still is not enough and now you confirm that.

I don't think the dialogue was too long, it's just that it makes it annoying without an way to skip it/accidentally enter it.

Most probably delayed sounds are also caused by a performance load too high for a system.
I need to prepare a low-power setup (physical, virtual or with simulated load) to hunt down such effects.
For now i opened an issue here: 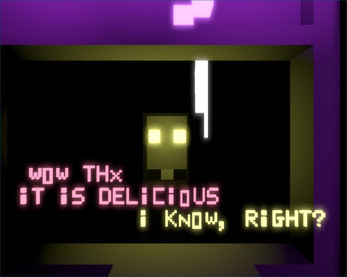 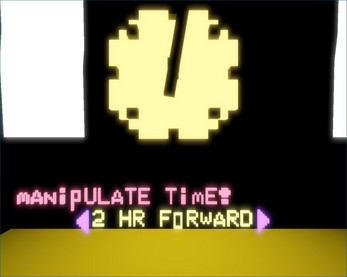 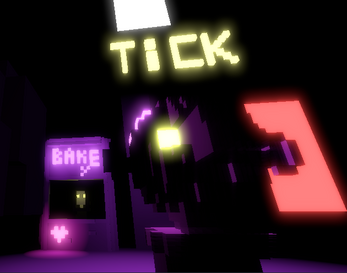 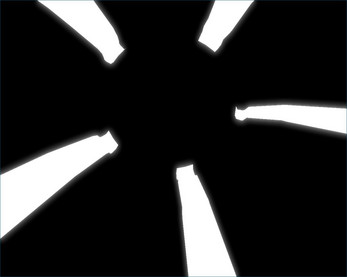 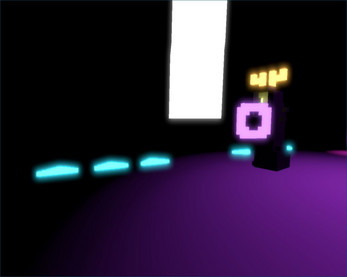